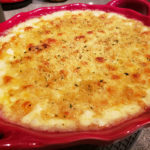 We recently  had the pleasure of travelling off to the coast for a few days... and if there's anywhere to find fresh seafood... it's at the coast! After an amazingly inspiring dinner at one of our favourite Japanese restaurants (the lobster part), and INSANELY good room service one night (the mac part)... I came home with a craving! And that craving gave birth to this little gem - lobster mac and cheese. Woah.

I bought two frozen lobster tails (and they weren't huge, cause let's face it, that stuff's expensive!) and was somehow able to make 4 servings - which in our house means two were used that night, and two were to be frozen for another day. I had to vacuum seal them pretty quickly though, or else they would have been devoured too!

I used personal-sized baking dishes, and for the two that were used, into the oven to bake. For the other two, after putting into the dish but BEFORE baking, I used my Food Saver vacuum sealer to lock them in tight once they cooled a little. The next time I need a quick side, pop them out of the freezer, thaw and bake!

Don't be intimidated by the length of the instructions! Read them in advance and the whole thing probably only takes about 30 minutes to prep for the oven. I've just broken them down into lots of steps so nothing gets missed 🙂 Enjoy! 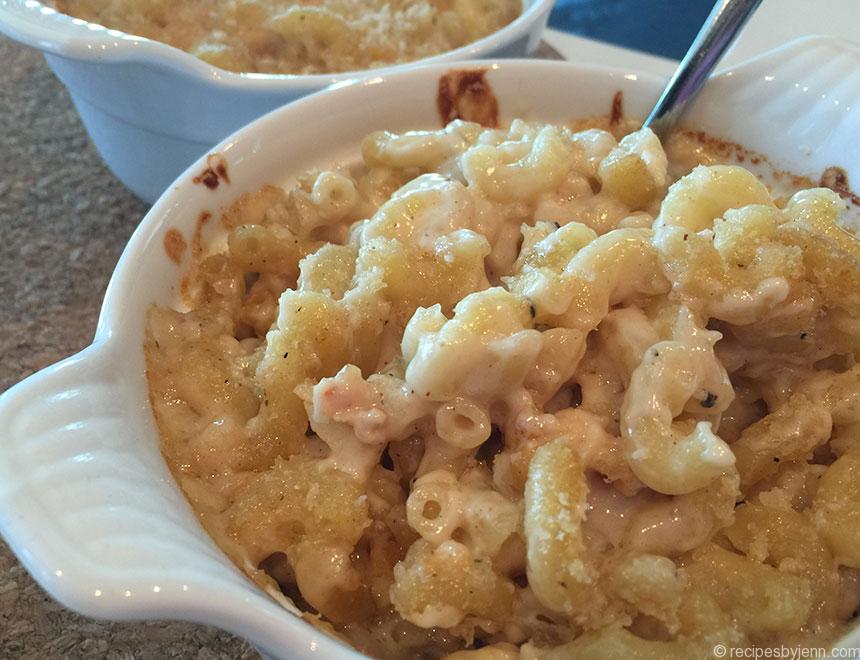 2019 Deliciousness... Made this again for dinner guests last night, and it did not disappoint! 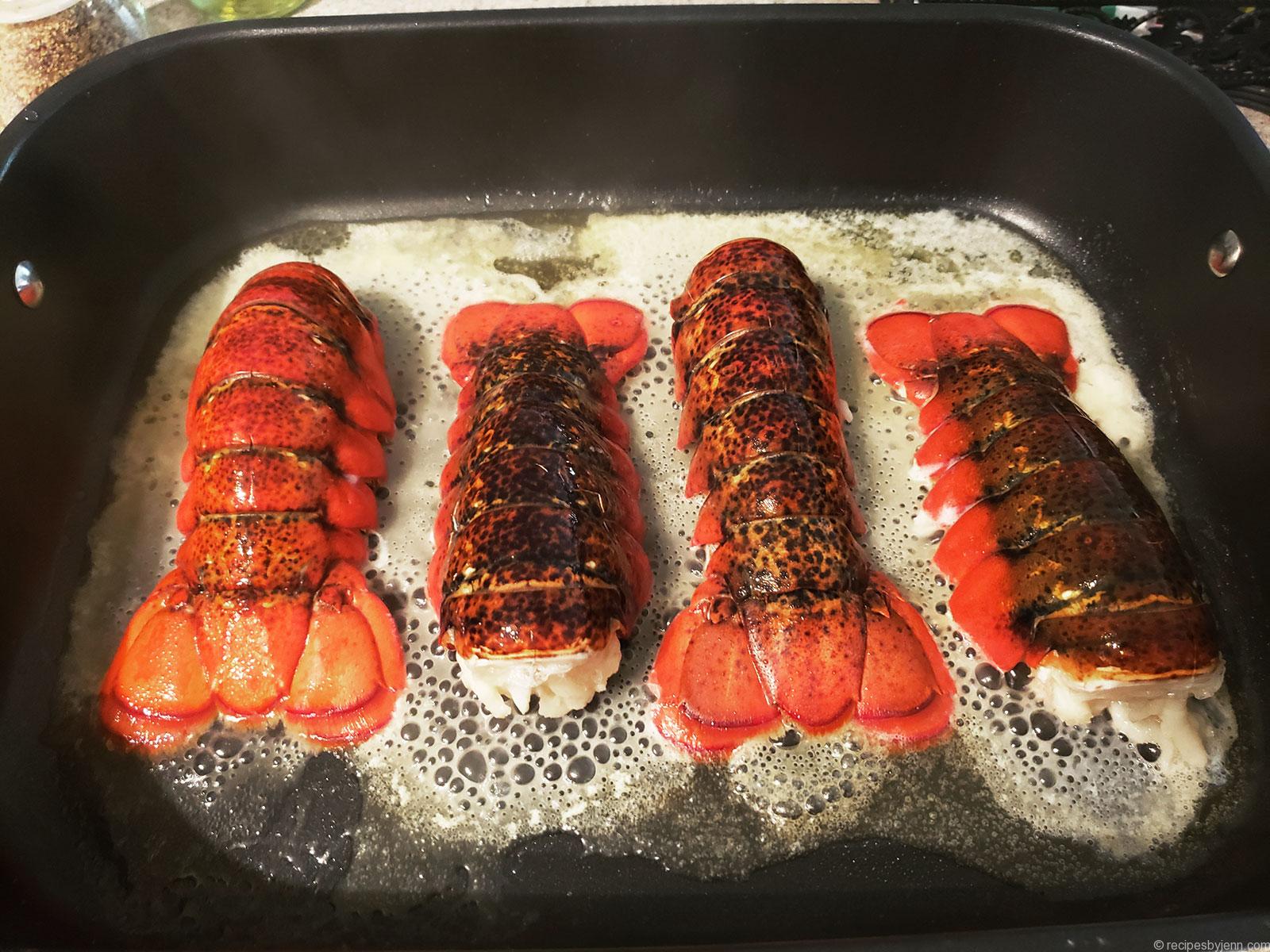 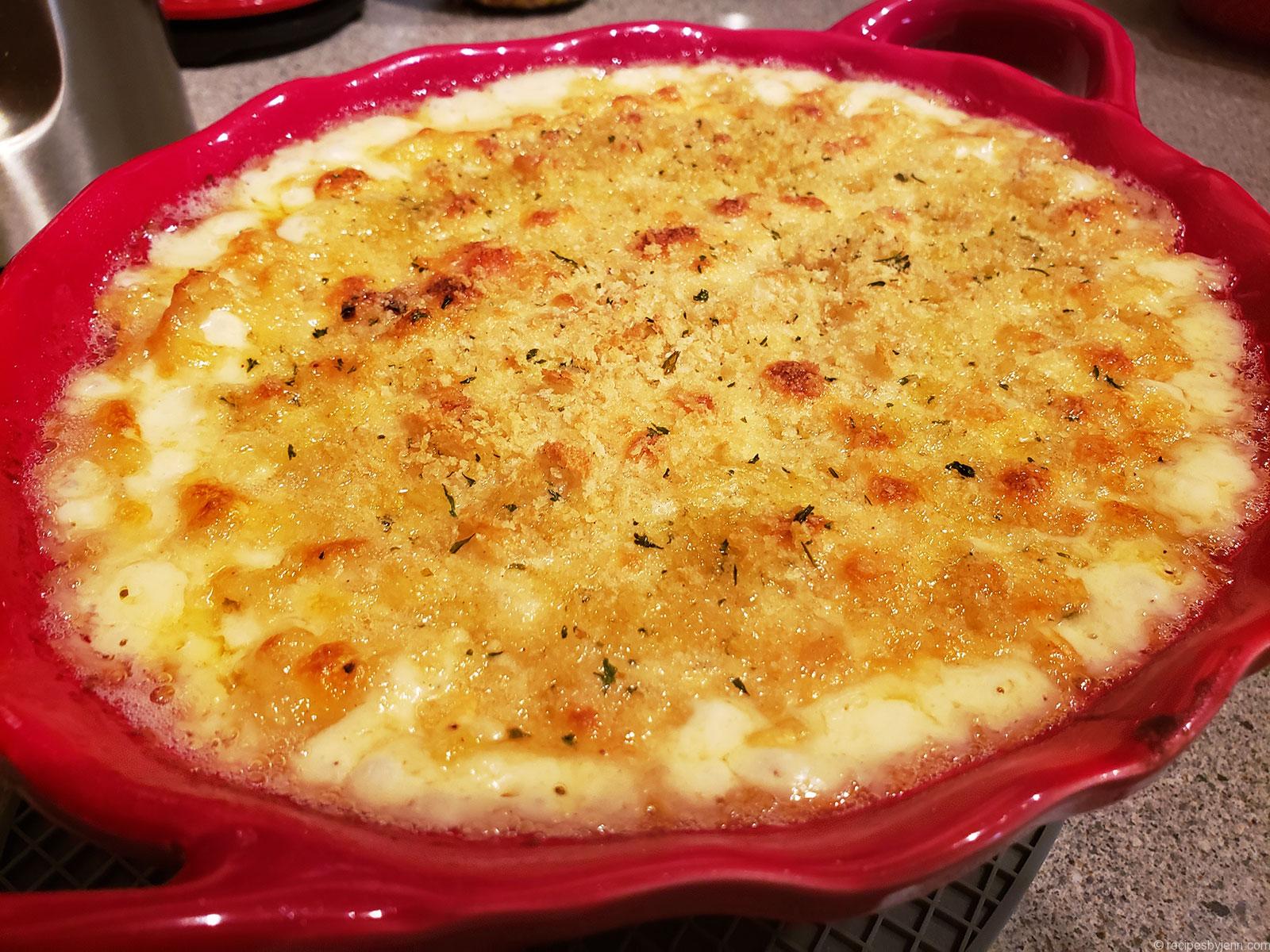 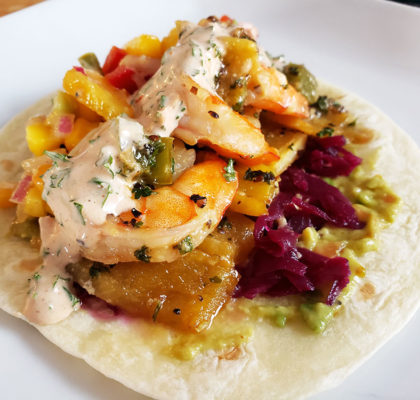 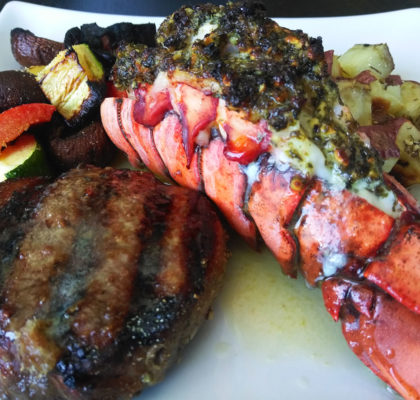